Trying to find legislative intent for Florida legislation can be difficult. More publishers track the U.S. Congress than the Florida legislature. Do not expect to find a wealth of material readily available.

In Florida, legislature works very similarly to Congress. A Senator or Representative draws up the language or text of the bill. After a bill has been introduced/read the first time, it is assigned to a committee. The committee analyzes the proposed legislation, often conducting hearings to obtain information about the subject that the bill addresses. Once the committee has considered the pending law, it prepares a report, called a STAFF or BILL ANALYSIS. This document is one of the most important documents in Florida legislation and legislative intent. A staff analysis will usually describe the language of the bill and the differences between existing legislation and this new version. It will also discuss any economic impact that the proposed legislation will have. 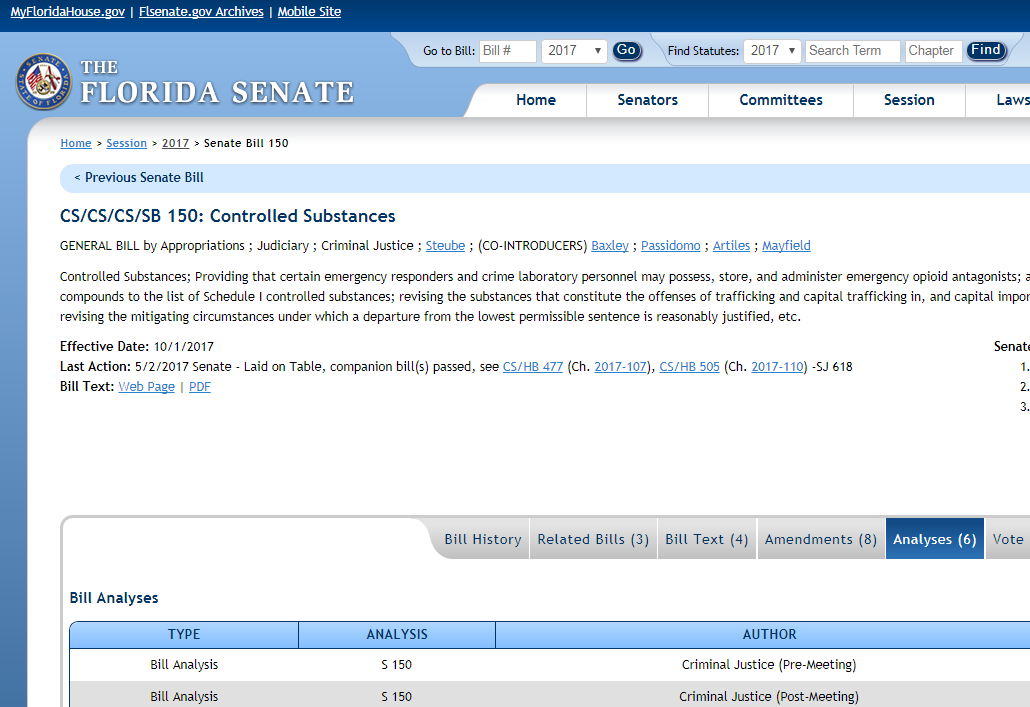